Do you miss eating your favorite foods? 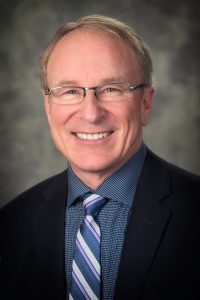 Dr. Lawton grew up in the Midwest and Upstate New York but went back to his family’s roots in Maine for his college years. He attended Bates College and graduated in 1975 with a B.S. in Chemistry. He then went on to Boston, and graduated magna cum laude at the top of his class with a Doctor of Dental Medicine (DMD) degree from Tufts University School of Dental Medicine in 1979. Following a year teaching at Tufts University, he joined the U. S. Army Dental Corps. He practiced general dentistry in Bad Kreuznach, Germany and Ft. Carson, Colorado Springs, Colorado. While at Ft. Carson, then Major Lawton served as the Division Dental Surgeon for the 4th Infantry Division. In 1990, he completed a residency in prosthodontics at the Dwight David Eisenhower Army Medical Center at Fort Gordon in Augusta, Georgia. Following his residency, he was assigned as a staff prosthodontist at Ft. Lewis, Tacoma, Washington. He completed his board certification in prosthodontics in 1991.

In 1993, he took over an established prosthodontic practice from Dr. David Wands, in Olympia where he practices today. Dr. Lawton has earned many awards and honors. He was Valedictorian of his dental class at Tufts, and received the Restorative Dentistry Award, the American Academy of Radiology Award, plus election to Omicron Kappa Upsilon, the national dental honor society. He received the award for Outstanding Achievement in Dental Research at the Dwight D. Eisenhower Army Medical Center and numerous military decorations.

Dr. Lawton currently serves as one of six directors of the Editorial Council of the Journal of Prosthetic Dentistry (JPD). The JPD is the oldest and most respected prosthodontic journal in dentistry, established in 1951.

Dr. Lawton enjoys lecturing and giving dental presentations and is active in several dental study clubs in the Puget Sound region. He is committed to staying current with the latest advances in prosthodontics. He attends many national and regional dental meetings and receives many hours of continuing dental education annually.

Dr. Lawton and his wife Melissa have three children. Melissa loves to help people and manages a large nursing home grant program for the State of Washington. Matthew serves in the US Air Force and he and his wife have two adorable dogs and love all things outdoors. Nicole lives in Colorado where she is an avid skier and outdoor enthusiast. She is a professional mountaineering and back country skiing guide. Kallie is 18 and in her first year of college in California. She loves to ski, hike, practice yoga and hang out with her many friends. The family is rounded out by their lovable dog, Penni.